I was 18 and watching the actor at a small on-campus screening of “A Streetcar Named Desire,” Elia Kazan’s 1951 film of Tennessee Williams’ torrid fever dream of a play. I was mesmerized, disturbed, rattled.

I had seen Brando in “The Godfather” and “Apocalypse Now” on VHS, but this was different. This was the young, bristling Method actor, a radical of modern performance, searing the screen with unseen naturalism — a combustible churn of physical and psychological muscle, animal charisma, brute sexuality and roiling menace.

He was a new kind of screen male. He hollered and knocked things over. He was sensitive, a raw nerve. He was scary, feral. He was gorgeous. He was hideous. He was fantastic.

This, I thought, is what college is about: revelation, learning, getting gobsmacked by the greats. All at once, in that Brando bombshell, was a liberating feast of ideas and culture. The very next day, I borrowed a Brando biography from the library. I craved more.

A curious kid at a university in a wildly diverse, culturally rich city, I gulped it all, from Hong Kong action flicks to Zippy the Pinhead comics. In a city of famed seismic activity — yes, San Francisco — Brando was one of the first icons to rock my late-teen world.

(Woke alert: I realize there is only one woman and, save for Buddha, exclusively white people on the list. This is just before I fell for Toni Morrison, García Márquez, Miles Davis and all the rest. As it’s the past, there’s very little I can do to remedy the situation.)

I adored my school. It was an institution that showed scant regard for sports and frats. (I sort of felt sorry for our neglected little football team, but not really.) It was the kind of liberal arts college where August Coppola — brother of Francis Ford Coppola and father of Nicolas Cage — was Dean of Creative Arts and the city newspaper’s erudite pop critic taught my History of Rock ’n’ Roll course.

Protests were big — pro-Palestine, anti-apartheid. The Red Hot Chili Peppers played the stamp-sized Student Union for five bucks a head. Director Sydney Pollack gave a seminar on filmmaking. Free movie screenings abounded. You barely needed class when almost everything around you was an education.

Take the campus library: nerdy, for sure, but a free, all-you-can-eat buffet of intellectual stimulation. There I’d watch esoteric documentaries, listen to concertos and symphonies and pore over rare books. It was all part of this teen’s great game of cultural catch-up.

And isn’t that what college is, a way to get young minds up to speed on the world, culture, history, life? It’s about my freshman geography professor dismissing the Bible as a book of fairy tales and the above rock history teacher expounding on the lush productions of Phil Spector, Fleetwood Mac’s “Rumours” and Springsteen’s “Born in the USA.”

It’s about watching bad improv groups perform in the dorms and serving as Opinion Editor on the fiery campus newspaper. It’s about eating falafel for the first time and meeting Allen Ginsberg at a reading of “Howl” at City Lights bookstore.

College as entrée to life’s rich pageant, untrammeled exposure — that’s how I took it. There were city museums and concert halls — at 19, I got a student subscription to the San Francisco Symphony — the Haight-Ashbury, its own mad cultural-historical corridor; movie theaters like the Castro, Red Vic and Roxie; plays at ACT and the Magic Theatre. Not to mention the cultural cornucopia awaiting just over the bridge in Berkeley.

I got my first good camera as a freshman, styling myself a shutterbug about town, a wee, wannabe Weegee. I got deeper into my drums, soaking up sophisticated masters like Steve Gadd and Terry Bozzio, learning to kick things up while toning them down.

It was all about finesse, those early college days, about forging newly freed passions into a prismatic worldview that made sense to me. And it began with a revelatory sensation that was balled-up in the raw, sweaty brio of Marlon Brando.

Not for a moment has that novel feeling stopped. Once launched on the journey of discovery, you’re pretty much stuck. College lit a fuse; the explosions keep on popping.

I hate saying I’m a writer. I hate the way people’s faces light up, as though I’ve told them my secret kink. Oooh, a writer. How one expects them to follow up with la-de-da and a twirl.”

What’s so bad about that? I’d love to get a trill and twirl when I tell people I’m a writer.

I half joke, because I get where Marcel is coming from. Saying you’re a writer is a slightly loaded statement, even a bit mortifying. As Marcel notes in her Literary Hub essay “How to Say ‘I’m a Writer’ and Mean It,” people always want more information: What do you write? What books have you written?

They get nosy. The perceived glamor attached to the writer’s life entrances. Sometimes people are lightly starry-eyed. Other times they’re simply curious. Other times: meh. 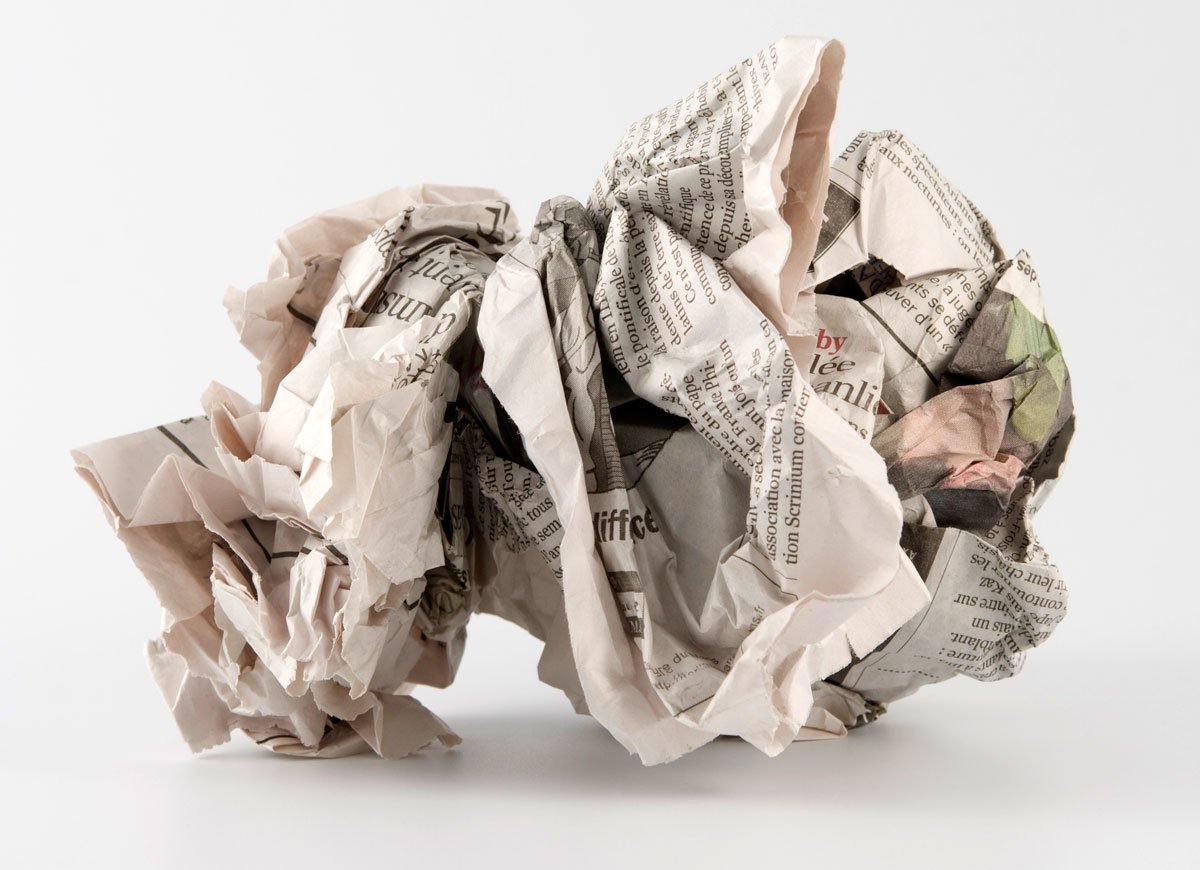 But it’s not so simple. Saying you write is like saying you act, or tame lions. It’s exotic. It’s oft-misunderstood. Writers are outliers, and sometimes writers believe all the romantic rubbish that attends the title. These run from literary saplings (earnest neophytes who read too much Stephen King) to the bluff and blustery (Hemingway, Mailer).

Yet while many writers are unswerving blowhards (with beards to match), lots of them are painfully introverted and suffer a “shyness that is criminally vulgar,” to quote a famous ’80s British pop band.

That’d be me. As Marcel says, “I’m bad at talking about my work. Like many writers, I’m shy. I care too much what people think.”

I for one wince when people say they’ve read my stuff, even if they’re complimentary, or when an editor scours my copy line by line, syllable by syllable. I’m a raw nerve. I feel naked and nauseated. Writing in many ways is a performance, and I have stage fright.

For a long stretch my speciality was arts and celebrity journalism, with a focus on film, not fiction, though I always dreamed of writing the latter. Marcel says that she’s “ashamed (she) was too shy to major in journalism in college. That (she) feared the prospect of conducting interviews so much (she) majored in literature instead.”

I was the opposite. I majored in journalism. I was too nervous to take creative writing classes — all that reading your work aloud, all that classmate critiquing. I finally took a fiction course in my late-20s, a university night class. I lasted one meeting.

What happened was exactly what I dreaded would happen, a variation on my worst nightmare. The class of about 20 students was instructed to write a short story in 15 minutes and then read it aloud. Horrified, I decided in that instant I would drop the course the next day, and I did, no refund.

Speaking before groups, even at the dinner table, has always been excruciating for me. I won’t even say grace. Large work meetings give me intestinal anguish. On numerous occasions I’ve been invited to speak to writing and journalism classes. I turned down all offers, with a blush, and utmost relief.

Yet I find interviewing people easy, almost extremely so, even invigorating, which is odd when I’m the first person to leave a house party because such events are just too people-y.

Unaccountably, I enjoy asking others about their life and work. I possess a thirsty curiosity to learn about all manner of personalities, walks of life, mannerisms, pastimes, love lives, favorite foods, what have you, while a tape recorder takes it all down. I’m voracious for copy fodder. I just like to write about people, places, happenings, stuff.

For years I was a culture critic. I was known to be mean, mordantly honest. An asshole. Since college, when I was the campus newspaper opinion editor, I’ve evinced a boldness in print and shyness in person.

People wondered about the dichotomy, and I always said I hid behind the newspaper byline. I was largely invisible, save for my words and ideas. I could walk down the street without being accosted. (There were a few exceptions, none of them ugly. Once, comically, someone asked for my autograph.)

I often think I can call myself a writer, despite the pretentious ring to it. All I know is that when I say I’m a writer, I feel both a sense of pride and charlatanism. And always my stomach does a terrific backflip of crazy self-doubt.