Books and movies. I do a lot of both during the hibernating winter months. I’ve plowed through some good books so far this season, with more to come …

Stripped-down realism is so refreshing. That’s what Elizabeth Strout’s cold-water splash “Olive, Again” delivers in the return of the author’s forever-stubborn, wryly splenetic septuagenarian Olive Kitteredge, reluctant heroine of the eponymous, Pulitzer-winning novel from 2008 (“Olive Kitteredge”). The matte finish of ordinary life somehow glistens in these prosaic pages, as Olive and her kin and the locals of small Crosby, Maine, get on with life with all the grace they can muster. Amid the deceptive, lulling ordinariness emerges Olive, who gives just about everyone a pain in the ass. 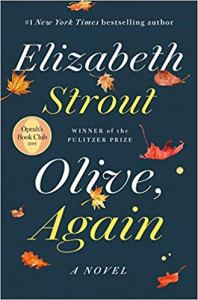 “God, Olive, you’re a difficult woman,” says a suitor. “You are such a goddamn difficult woman, and fuck all, I love you. So if you don’t mind, Olive, maybe you could be a little less Olive with me, even if it means being a little more Olive with others. Because I love you, and we don’t have much time.” The truth as prod — perfect.

Unfailingly elegant, with literary punch and panache, Christopher Isherwood’s classic 1964 “A Single Man” follows George, a gay, British, middle-aged English professor in suburban Southern California, as he manages life after the death of his partner. Solitude reigns, though George experiences symphonic emotions, from fury to attraction, all in finely wrought descriptives. Called a “lyric meditation on life as an outsider,” the novel is at once explosively alive and exquisitely melancholy.

In Kevin Wilson’s quirky, arguably gimmicky, new novel “Nothing to See Here,” the main attractions are 10-year-old twins who self-combust when stressed or agitated. Right: they go up in flames. Yet the young author doesn’t belabor the peculiarity, mingling a heavy heart with a breezy tone that depicts events in buoyant deadpan. And while the conflagrations are certainly a metaphor for something, I’m not sure what that is. (Wilson’s fires are more light than enlightening.)

When the twins’ caretaker Lillian first witnesses one of their freak shows, she shakes off the shock and mildly observes, “Then, like a crack of lightning, she burst fully into flames, her body, a kind of firework, the fire white and blue and red all at once. It was beautiful, no lie, to watch a person burn.”

The book is clearly some fun, though it’s braided with furrowed, moving passages about taking care of people, avoiding pain and erasing past hurts. “How did anyone keep this world from ruining them?” Lillian wonders. “I wanted to know. I wanted to know so bad.”

Garth Greenwell’s fawned-over “Cleanness” is more than its homoerotic parts, excuse the imagery, though it certainly is that, too. This novel (or is it a story collection?) sketches a psychosexual character study of an American teaching in Bulgaria, sifting through his cluttered past of intimacies. We see (smell, feel) it all in a journey of desire, love and loss.

This follow-up to Greenwell’s adored “What Belongs to You” falters a bit in a cluster of sex scenes dominating the final stories. It becomes repetitive, fetishistic, rather dull. And yet you don’t give up, because the writer knows exactly how to lull you, with a masterly, agreeable control that’s never pushy. 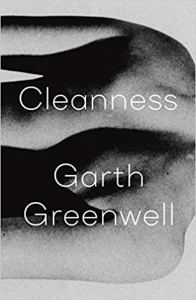 On the nightstand now: The brand-new “The Big Goodbye: ‘Chinatown’ and the Last Years of Hollywood” by crack showbiz historian Sam Wasson. Propulsive prose, staggering detail and wise reflection turn this history into a 3D pop-up book of period L.A., pinballing from the Manson murders and its impact on hot auteur Roman Polanski (who would, of course, helm “Chinatown”), to the creative relationship between Jack Nicholson and screenwriting eminence Robert Towne and the very seeds of SoCal noir. And that’s just up to page 70.

Concerned largely with the making of a quintessential masterwork of ‘70s film, the book promises to be “the defining story of the most colorful characters in the most colorful period of Hollywood history” and is being compared to classic, unflinching making-of studies “The Devil’s Candy”and “Easy Riders, Raging Bulls.” 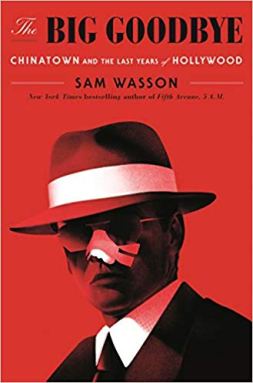