In St. Petersburg, Russia, catching an Uber the hell out of the Alexander Nevsky Monastery was nigh impossible and immaculately exasperating — client and drivers just could not connect and a flurry of cancelled rides ensued — so I found myself trekking down bustling Nevsky Prospect, the main thoroughfare in this wonderfully massive city, pocked with shops and banks and restaurants, groceries and souvenir kiosks. I strolled contentedly (ignore the steam poofing from my ears) till I could stroll no more, and located a spot at a landmark from which to finally hail an Uber ride. (Did I mention the average Uber fare ran me about $1.50 US? A dollar-fifty. Yes, at this point I’m grinning.)

What I was doing at the famed, winsome Alexander Nevsky Monastery, at the tippity-top of Nevsky Prospect, was looking at graves, mostly those in the famous Tikhvin Cemetery, where Dostoyevsky, Tchaikovsky, Mussorgsky, Rimsky-Korsakov and other brand-name bodies lie. 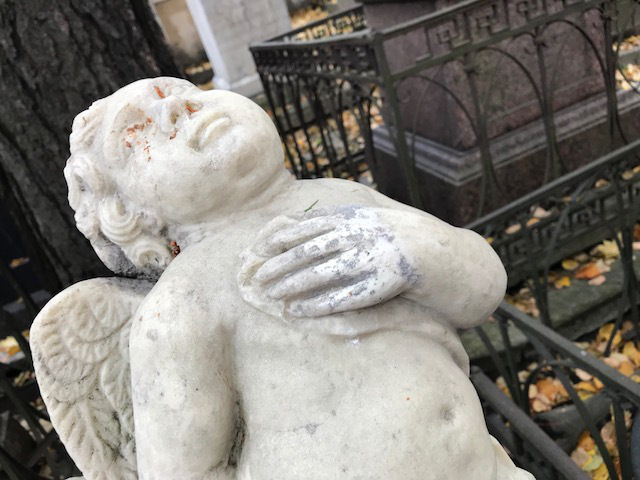 For about $7 US, one is invited to amble the leafy paths of the 19th-century burial grounds and, with map in hand, á la those furnished at the unsurpassed cemeteries of Paris, seek out the eternal mattresses of the famous and infamous. The weather was cool, distinctly autumnal, the leaves turned and fallen. It was bliss.

Dostoyevsky lurched at me:

As did this distressed woman, who perhaps witnessed my Uber travails: 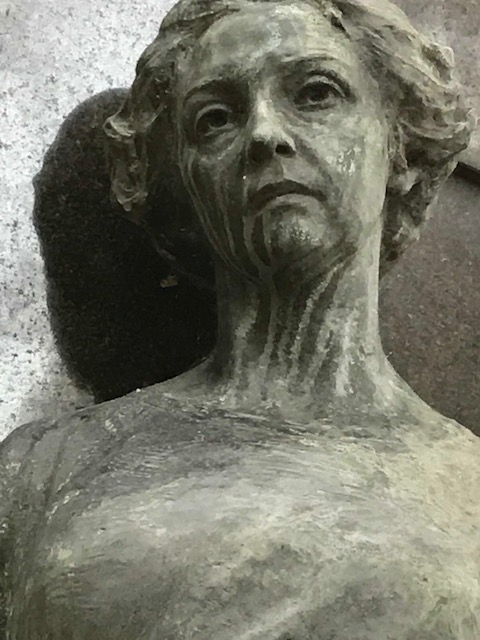 For this visitor, St. Petersburg was glorious that way, in its vibrant, tumultuous history, which is epic and bracingly complex, riddled with shake-ups, triumphs, reversals, oustings, wars, creeps (that’s you, Rasputin), revolutionaries (that’s you, Lenin), and cataracts of blood. Where else would there be this, the knockout, perversely titled Church of the Savior on Spilled Blood, the spot where Alexander II was assassinated by a terrorist bomb:

Endless canals stream through St. Petersburg, requiring scores and scores of small bridges, reminiscent of Amsterdam and its canals, or Paris and the regal Seine.

And, as I boasted in an earlier entry, I located unfettered beauty at the ballet in the legendary Mariinsky Theatre. I watched, and reveled in, Stravinsky’s landmark fairytale “The Firebird,” perched in a fine dress circle seat. It was lush and extravagant. My view:

Bonus shots: The Winter Palace, once the official home of the czars in the 1700s, in the sprawling Palace Square. This is the main building of the boggling Hermitage Museum. 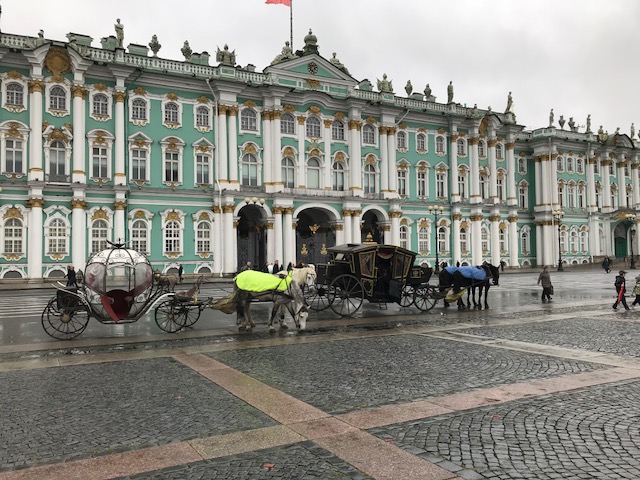 Below, a Hermitage guide describes Leonardo da Vinci’s exquisite “Madonna and Child” from 1478: 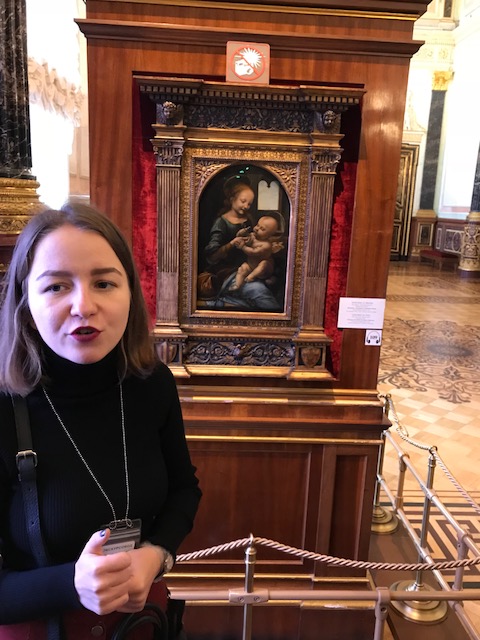