One of my favorite Golden Age Hollywood actors, Kirk Douglas, died last week at age 103. The cause: overwhelming magnificence. Here debonair, there explosive, Douglas, he of the arresting crater chin, fetching floppy hair and feline growl, made a raft of movies, acting in, producing, or both. He could chomp a scene or recede with quiet, smirking menace. No matter what he did, the ecstatically watchable performer made every movie moment better. I’ve picked nine of his best starring roles, all worth a rewatch:

1. “Paths of Glory” — Playing against type in Stanley Kubrick’s gut-wrenching 1957 antiwar masterpiece, Douglas is a moral paragon among obscene military corruption, with scenes so emotionally powerful, they sear. (See this.)

2. “Ace in the Hole” — A scathing portrait of Douglas’ unscrupulous newspaper writer, who will ditch a man’s life to nail a career-making scoop, in Billy Wilder’s haunting and prophetic 1951 thriller. Deemed so cynical, one critic dissed it as “ruthless.” Consider that a compliment.

3. “Out of the Past” — Quintessential 1947 noir, directed by mood-meister Jacques Tourneur (“Cat People”), streaked with guns, fedoras, dames, snappy dialogue and mushroom clouds of cigarette smoke. Douglas, as an oily, vengeful gangster, hires Robert Mitchum’s private dick to find his mistress (Jane Greer, a classic fatale). Mitchum falls for his quarry and things get very, very complicated. This is Mitchum’s film — he’s in almost every shot — but Douglas slithers his way in, like a cobra.

4. “Detective Story” — Or: “The Angriest Cop in the World.” Douglas cleaves the screen in William Wyler’s 1951 chamber noir set over a single day in a police precinct station. He plays a draconian detective with a Vesuvian temper, always the bad cop in the face of criminal slime — “a one-man army against crime.” He has other, personal troubles brewing, too, making him even more mercurial, a violent, teeth-gnashing fury. He’s a spectacle, and he’s marvelous.

6. “Lonely Are the Brave” — In screenwriter Dalton Trumbo’s melancholy masterstroke from 1962, Douglas is a cowboy Quixote, living in modern times like they’re the Old West, happy to cling to a carefree existence on the back of his faithful horse. The drama, writes one critic, is a “hymn to rugged individualism and freedom slowly being strangled to death by voracious urban development.” Douglas is alternately euphoric and conflicted by the rule-bound world he must face. It’s heartbreaking.

7. “Spartacus” — Douglas and director Stanley Kubrick wrangled making this consummate 1960 swords and sandals epic, a friction that perhaps kindled the actor’s fiercely multifaceted performance. Through romance, slave revolts and mano-a-mano combat, he gives it his clenched-jaw all. 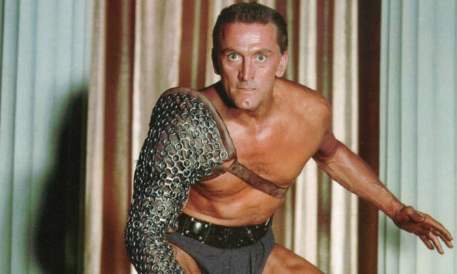 8. “The Bad and the Beautiful” — With frigid duplicity, Douglas plays an amoral movie producer in Vincente Minnelli’s exemplary Hollywood takedown that’s sometimes spoken in the same breath as “Sunset Boulevard.” If not as wickedly gothic as the latter, this entertaining soundstage drama hits its Tinseltown targets with giddy marksmanship. With Lana Turner, Dick Powell and an Oscar-winning Gloria Grahame. 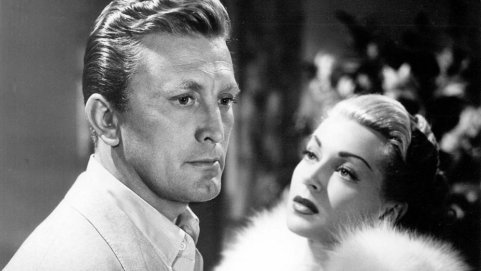 9. “Champion” — Few original dramatic strokes here, but Douglas, as boxer Michael “Midge” Kelly, rages operatically, elevating a gritty sports melodrama to near noirish heights. It’s about sacrifice, family, commitment and finally integrity, something Douglas proved the epitome of — on screen and off. The 1949 role earned him an Oscar nomination, his first of three. (Three? Shame on you, Academy.)

4 thoughts on “Kirk Douglas: His 9 best”