A few posts ago I crowed about the next five books I plan on reading.

Things change. Switcheroos occur. Some books work, some don’t. I close and tuck away the latter and embrace and finish the former. There’s been some tucking away going on.

I announced on the blog that after completing the superb Siamese twins biography “Inseparable” I would take on my Amsterdam holiday Kurt Vonnegut’s darkly comic wartime novel “Mother Night.” All of that happened.

Except: I didn’t cotton to the Vonnegut book as I was certain I would. Quite early on I found it uninviting, atonal and dry. I shut it. And became desperate. I was still in the States and my sole vacation book was failing me. 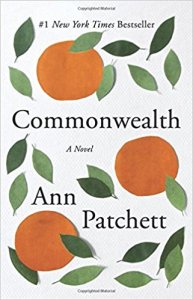 Discouraged yet determined, I marched to an airport bookshop, poked and peeked at a dozen acclaimed books, until I hit the staff picks display, which spotlighted Ann Patchett’s heavily praised novel “Commonwealth.” I’m not used to paying full price for paperbacks, but I popped the almost $20, grimacing and banking on the best — even while recalling that I couldn’t get into Patchett’s previous blockbuster “Bel Canto” the two times I tried.

“Commonwealth” is strong. On the whole trip, though, I read only 47 pages of it — my laptop is a serious distraction. I enjoyed the book’s humor, descriptive muscle and palpable humanity, and I planned on gladly finishing it back home. 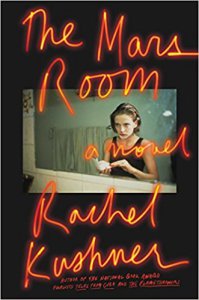 Then this happened: Waiting for me at home was Rachel Kushner’s new, ecstatically reviewed “The Mars Room,” which was on my list of five books to read next. It was, of all things, a library book, with a two-week checkout limit. I pounced. “Commonwealth” would have to wait.

I just wrapped “The Mars Room,” a very good if never truly great page-turner set largely in a sordid women’s prison, much like “Orange Is the New Black,” with grim and funny detours streaking the story, including a few to the San Francisco strip club of the title. Kushner is good with grit, limning harrowing and humorous situations with a kind of streamlined tough-gal strut. And the final pages seize you hard.

Before the Amsterdam trip, I borrowed two other titles on my list of five, Zadie Smith’s “NW” and Ottessa Moshfegh’s “Homesick for Another World,” neither of which I got around to thanks to the pleasingly time-consuming “Inseparable.” They remain fast on my reading list. 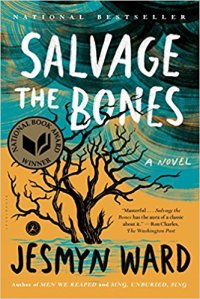 And yet: Dropping off “The Mars Room,” instead of getting the Smith or Moshfegh books, I got distracted and picked up two more books on my extended wishlist, Curtis Sittenfeld’s comic coming-of-age novel “Prep” and Jesmyn Ward’s National Book Award-winner “Salvage the Bones.”

I get sidetracked in a snap when I’m around piles of books, my head on a pivot, eyes flashing, hands flipping pages, picking up and putting down volumes. So much to read, so many diversions, so many anxious postponements.

Of the two books I grabbed, I chose first to plunge into the poverty-stricken, pre-Katrina, Mississippi-set “Salvage the Bones.” So far, it is rapturously evocative, the prose raw and earthy and exquisite, the narrative quivering and propulsive.

Here is Ward’s description of a pit bull giving birth to puppies:

“Skeetah grabs the puppy’s rear, and his hand covers the entire torso. He pulls. (The mother) growls, and the puppy slides clear. He is pink. When Skeetah lays him on the mat and wipes him off, he is white with tiny black spots like watermelon seeds spit across his fur. His tongue protrudes through the tiny slit that is his mouth, and he looks like a flat cartoon dog. He is dead.”

If “Bones” eventually chokes — that’s far-fetched — I’ll do what I am wont to do: put it down and move on to the next title. But what will that be? “Prep” or … 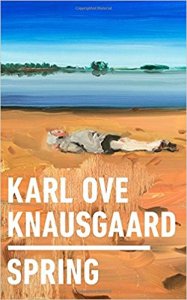 Even with two books before me, I said screw it and ordered Karl Ove Knausgaard’s “Spring,” a slim new memoir arriving in the States bubble-wrapped in effusive plaudits. The book is “poignant and beautiful,” a critic says. “Even if you think you won’t like Knausgaard, try this one and you’ll get why some of us have gone crazy for him.” (I’ve read five of his books and have gone crazy for him.)

“Prep” or “Spring” — I’m betting on the latter. Or will yet another title crash my consciousness and hijack the show? Likely.

Book fiends I know are afflicted with this disease of ravenousness, of greedy insatiability, of jonesing for the next fix. Books as lifeblood. Beats baking. Beats sports.

The saga continues, so much pulped wood before me, no end in sight. It’s an embarrassment of riches — words, language, poetry, morality, mortality, love and loss. And, as that, it’s a crazy blessing.