It came on TV, caught my eye, and had me entranced all over again.

Michael Mann’s virtuoso 2006 crime drama “Miami Vice,” streaming on Netflix, will hook you hard — that is, if you connect with the under-appreciated film. I do — I gave it four stars in my original review in a large daily newspaper — and I stand by it, despite a host of haters who can’t see masterly filmmaking for Colin Farrell’s facial stubble.

At the end of 2009, the critics of Time Out New York chose “Miami Vice” as #35 of the 50 best films of the decade. That’s great, but I would place it higher than that. 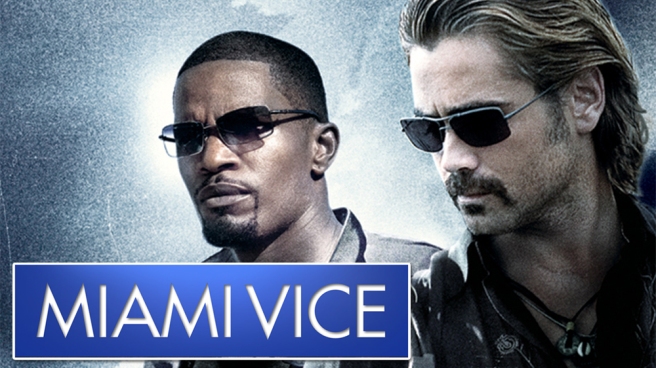 It’s now something of a cult film, especially among younger critics and filmmakers. Harmony Korine notes how much it influenced his riotously outré “Spring Breakers.” One critic wisely said the film is a visual meditation on “failure and futility” and — I love this — “one of the most expensive art films ever made.”

Another critic, perhaps more to the point, wrote that the movie “has just laid the foundations for a new order of action films.” Indeed.

This is my rave review from July 2006, a rebuke to the benighted:

Awash in the blacks and blues of a fresh bruise, Michael Mann’s “Miami Vice” plays hard and mean to thrilling, often harrowing effect. Mann, who was an executive producer of the influential 1980s television series on which the movie is ever-so-loosely based, obliterates the glib sunshine and pastel glamour of the show to forge a dark, frighteningly real universe of undercover law enforcement and globalized crime.

It delivers what no other movie this summer has or likely will: the pure pleasure of watching an intricate, perfectly calibrated machine kick, shoot and crank with dazzling power and efficiency.

That might sound heady for a movie called “Miami Vice,” a title that instantly evokes Reagan-era gilt and South Beach deco. Don Johnson in a white linen blazer/pink T-shirt ensemble and an equally suave Philip Michael Thomas amid a backdrop of neon, glass bricks and palm trees — those soft-rock memories should be dispensed with. Instead, brace for an unflinching contemporary crime drama that makes no concessions to pop nostalgia or mocking remakes such as the no-brow “Starsky and Hutch.”

People forget that TV’s “Miami Vice” was more than its stylish, trend-making veneer, but a crack cop drama presenting sophisticated criminal situations through intelligent, movie-worthy writing that delved deep into character and emotion. Mann takes that as his springboard for a surprisingly emotional character-driven thriller that takes itself so seriously, there’s hardly a smile in the two-hour-plus epic. 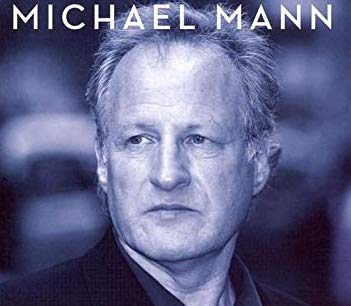 While the plot is as rudimentary as a “Miami Vice” TV episode — vice cops Sonny Crockett (Colin Farrell) and Ricardo Tubbs (Jamie Foxx) go undercover for the FBI to unravel a multi-tentacled, international drug ring — Mann laces it with the themes and macho philosophy he’s so obsessively explored in similarly expert crime pictures “Manhunter,” “Thief,” “Heat” and “Collateral.”

His heroes are really antiheroes who dwell in the shadows of film noir, be it James Caan’s riven criminal in “Thief,” Tom Cruise’s solitary hitman in “Collateral” or a superb Farrell as an undercover agent who drifts dangerously over the line.

The complicated loner wavering between right and wrong — the blurring of human duality — fascinates Mann and has always been his subject. These men (Mann’s is a fiercely male-centric universe) are vessels for ideas and themes about choosing a way of life and pursuing it with as much iron-willed integrity the world will allow.

This is the loner’s existential struggle, which he carries out with a heavy heart and pensive mind. Working in either crime or law, he’s acutely aware of his mortality and life’s cruel vagaries. “Time is luck,” Farrell tells the woman (Gong Li) he falls in love with, as her life skids out. The same line is said in “Manhunter” — “Time is luck. I know the value of our days” — as well as “Heat,” when Robert De Niro’s career thief muses, “I know life is short, whatever time you get is luck.” (Sharp-eared Mann fans might also notice the reuse in “Vice” of the nicknames “sport,” from “Manhunter,” and “slick,” from “Heat.”)

Helicopters slash the skyline and power boats knife the ocean. High-tech surveillance gadgets crackle and heavy artillery blasts. Within the dizzying action and disorienting nation-hopping, a whip-fast Foxx and a brooding Farrell, who smolders with long, Johnsonesque hair and unchecked stubble, stand sturdy.

The actors’ chemistry is sufficient and both men cut intense, sympathetic figures, whether they are taking down scum — the movie crawls with furry creeps and bald thugs — or making passionate love to their women. Mann’s lingering depictions of sex are the epitome of adult intimacy rarely seen in a Hollywood film.

There’s not a dud in the superlative cast: Li’s flinty fatale, Naomie Harris as Foxx’s cop girlfriend, John Ortiz as the drug middleman and Luis Tosar as the drug kingpin. Mann’s dialogue, funny and profane, has a hard, urban pop, and the soundtrack ripples with interesting choices, from spare electric guitar and moody synthesizers to songs by Moby and Audioslave.

How “Miami Vice” is put together is as compelling as the story and characters. A notorious perfectionist, Mann demands technical verisimilitude, nailing the intricacies of how criminals and cops think and operate, down to their clothes, words and twitches.

He and cinematographer Dion Beebe return to the handheld high-definition video they used in “Collateral,” bringing a grainy, documentary vibe to the action that’s unnerving. It’s non-style taken to high style, soaked in ocean blues and inky nocturnal blacks. There’s not a wasted shot.

Since 1995’s “Heat,” Mann has been our greatest living action-crime director, edging ahead of past giants Sidney Lumet, William Friedkin and John Frankenheimer. The technical bravura and artistic depth Mann brings to his films staggers. He respects his craft and his audience. “I ain’t playin’!” blurts a character in “Vice.” Neither is Mann.

One thought on “Defending the unsung thrill of ‘Miami Vice’”