Before summer’s prequels, sequels and tweak-quels bombard us, I offer this eclectic spread of late-spring cinema surprises, all worth a look:

An amplified spin on school-days greats — “Dazed and Confused,” John Hughes’ oeuvre and last year’s “Lady Bird” and “Eighth Grade” — “Booksmart” piles on twists and layers with a sharp, knowing eye that zooms in on the timely and topical, from female power and LGBTs, to bullying and the corrosive effects of cliques — and of course the liberating if daunting pull of sexual exploration.

Beanie Feldstein and Kaitlyn Dever play best friends Molly and Amy, super-nerds at their high school who are maligned for their almost pathological goodie-goodie-ism. They’re all books and no bacchanal and are certain that’s the only way to make it through college and life.

Molly, who has a crush on an unattainable pretty boy, and Amy, who has a crush on a scrappy skate-girl — sort of the story’s dual heroes’ journey — recklessly decide to shed their image and go all out on the night before graduation. The upshot is an epic party-hopping misadventure festooned with the silly, surreal and psychedelic, aided by riotously inspired side players who should get their own movies (including Carrie Fisher’s daughter, the scene-stealing Billie Lourd).

“Booksmart” radiates the crazy anarchic spirit of party-hearty teen classics like “Superbad,” and indeed “crazy” might be the movie’s one-word elevator pitch. Hang on for the insta-classic “doll scene.” It’s a little bit Barbie, a little bit “Team America,” and all warped genius. 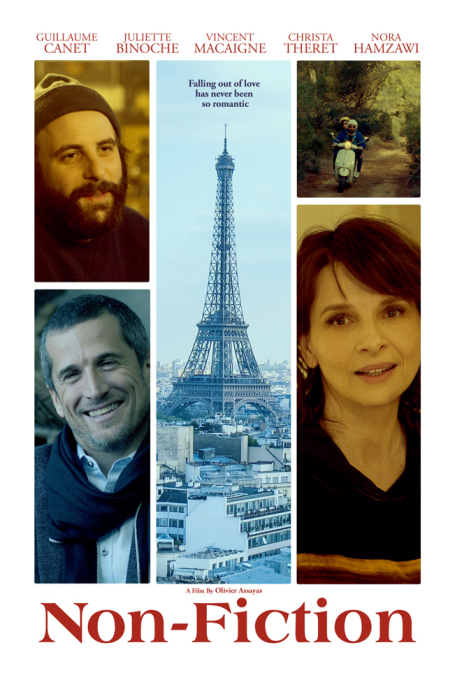 French writer-director Olivier Assayas‘ new dramedy is a tireless, tonic gabfest that had me speed-reading the flurry of subtitles more than drinking in the warm faces and colors of the bustling scenes.

That’s no complaint. The profusion of words — intelligent, eloquent, biting — brim with ideas, humor, pain and pathos, for an enveloping artful experience. You want to know the fork-tongued characters, led by a ravishing Juliette Binoche, because of the literary, arty cosmos in which these writers, editors and actors orbit. It’s intoxicating and deeply human: They’re just people, with all of our people-ly problems, and it’s more exciting than you think.

Part tart publishing-world satire, part feast of infidelity, part anatomy of midlife crises, “Non-Fiction” is light on plot, more enmeshed in ideas about love and life, loyalty between friends and lovers, and, in a topical concession, a pointed conversation about new media vs. the printed word. It’s like a Gallic Woody Allen comedy, without the tootling clarinet and stammering, gesticulating neuroses (though there’s plenty of neuroses to go around).

Assayas, one of our most talented and inventive living filmmakers — like Michael Winterbottom and the late Kubrick, he’s a virtuoso of versatility — has made a comedy of manners that has more in common with his wonderful, verbose family drama “Summer Hours” than his masterly supernatural genre-buster “Personal Shopper.” Like the best of his movies, it’s brightly observant and conspicuously literate — as rich as a great novel, kind of ironic for a picture titled “Non-Fiction.” 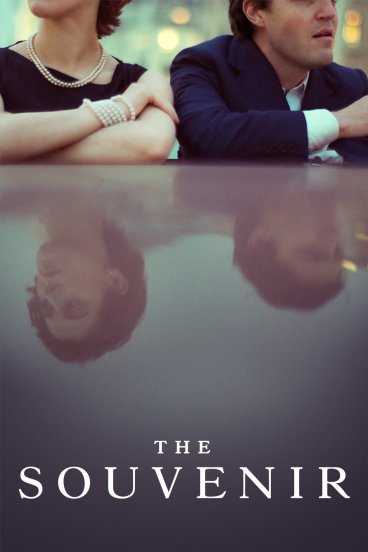 Not an easy film, Joanna Hogg‘s elusive, divisive relationship drama is boobytrapped with qualities that repel people away from the arthouse. It’s glacial, elliptical, remote, woolly. It makes you work with loosely hanging scenes, a jagged structure and oblique characterizations. I broke a small sweat trying to solder the plot together, identify with the actors and figure out where Hogg was taking me. (“Hogg,” writes one critic, “has the courage of her incoherence.”) Mostly I succeeded, finally granting this vaguely experimental flick a shaky B+.

The main entry point is young film student Julie, played with winsome diffidence by Honor Swinton Byrne, daughter of indie eminence Tilda Swinton, who has a small role as, who else, Julie’s flittering mother, her face a pinched mask of imperious disquiet.

Julie’s lover Anthony (Tom Burke) is a heroin addict, a secret until it’s not, which inevitably tangles their relationship. The story is mostly scenes of the couple muddling through their unconventional, occasionally off-putting upper-middle-class affair. With drugs. And spats. And sex. And dinner parties. And the making of a student film. And an IRA bombing. Hogg’s disparate elements somehow fall together.

There were two huffy walkouts at my recent screening, and online reviews are tetchy. “I found this film to be tedious and unrewarding,” one gripes. “I want my money back,” harrumphs another. And this: “The only movie I’ve ever walked out of in my life. I’m amazed I stayed awake and endured it for over an hour.”

With a giggle, I take those as good signs — chance-taking auteurism is always encouraging — more reasons to stick with this exacting film and reap its chilly virtues.

Eyes wide, mouth agape, a fist pounding the table, Muhammad Ali is unleashed, free-associative verse tumbling from his unstoppable maw. Harnessing vainglory and the gift of gab, Ali is showboating, again, his audience of press and promoters rapt and laughing. And then he winds down, admitting exhaustion, the pugilist at rest.

The sudden calm is a rare state for the heavyweight champ, self-anointed The Greatest, whose taunting poetic prattle — “I’m so bad, I make medicine sick!” — earned him both infamy and adulation. “He talks too damn much! Put your fist in his mouth!” Ali recalls a ringside heckler shouting in this HBO documentary, a transfixing, rap-rattling trip through the fighter’s professional life told almost exclusively in his own words. It’s a beautifully edited stream of vintage press conferences, TV and radio interviews, with ribbons of color from managers and trainers, magazine covers and newspaper headlines.  (“He could never keep his big mouth shut,” reads one.)

The two-part, near-three-hour film, directed by Antoine Fuqua (“Training Day,” “Southpaw”) and co-produced by LeBron James, whomps with exhilarating fight footage, and so much more. If Ali was a raving icon in the ring, he was perhaps more of one outside it. He used his supersize personality and cascading eloquence to speak out for civil rights and Islam and against segregation and the Vietnam War. This keen portrait of social decency and athletic supremacy is also a voyage through late 20th-century history and culture, in which an African-American became an international hero.

On HBO and HBO GO. Watch the trailer: HERE.

If John and Molly Chester learn a few things while building their farm from the sun-baked dirt up, it’s that birds decimate crops, pigs get sick, coyotes feast on chickens, organic eggs sell crazy-fast and manure is magic.

Stars of this inspiring, sometimes harrowing auto-doc, thirty-something couple John and Molly chronicle what happens over seven years when they ditch their tiny Santa Monica apartment for 200 neglected acres an hour outside L.A. to miraculously conjure a working, biodiverse farm. It’s a quixotic, back-to-the-land quest made of heedless ambition and fashionable enlightenment.

“Everyone told us that attempting to farm in harmony with nature would be reckless if not impossible,” says John, this enchanting film’s director and narrator.

Well, almost impossible. John, a wildlife cinematographer — blame him for the movie’s plush nature imagery — and Molly, a chef and food blogger, seek purpose via this sustainable farm. Molly yearns to grow everything she cooks in conservational fashion, as if from a “traditional farm from the past,” dutifully echoing the Earth-friendly ethos of the likes of chef Alice Waters and responsible-foodie manifesto-writer Michael Pollan.

Over years battling pests, drought and the elements, the Chesters’ apparent folly assumes the mantle of glorious accomplishment. (How they pay for it is another question entirely.) Through toil and struggle, heartache and heartbreak, they cultivate a luminous idyll, a practically paradisiacal spread bounding with life, joy and abundance. You almost can’t believe your eyes. 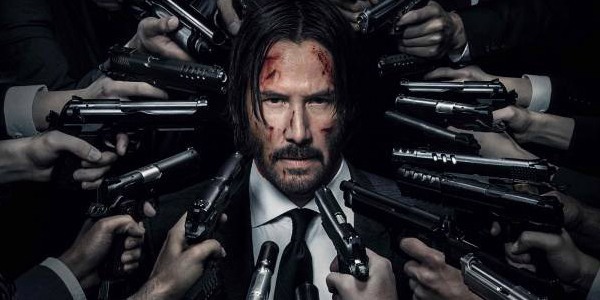