For five good days, Superman was my pal.

Tall and lanky, with raven-black hair and a swoopy cowlick, and of course that totemic red and blue spandex suit, flaming cape billowing aft, Superman hung out, drank and watched movies with me and my soul-buddy Shannon during the South by Southwest Film Festival in 2007. Superman was our Super-friend.

“Christopher Dennis, the ‘Hollywood Superman’ who posed for thousands of photos with tourists outside the famed Chinese Theatre in Los Angeles, has died. He was 52.

“Dennis, who was homeless, was found in a used clothing donation bin in Van Nuys, a neighborhood about 10 miles from the tourist district where he earned a living. Police said he was likely looking for something to wear and that no foul play was suspected.” 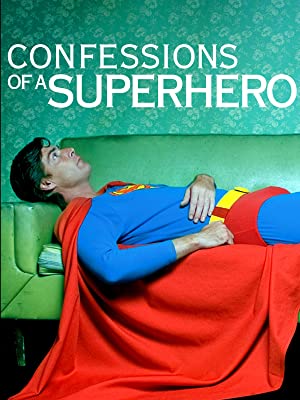 Dennis was at the film festival promoting — alongside The Hulk, Batman and Wonder Woman — the ridiculously entertaining documentary “Confessions of a Superhero,” which profiles the costumed characters of the Hollywood Walk of Fame with heart and, yes, heroics. (See the trailer here.) He appeared numerous times on “Jimmy Kimmel Live.”

Dennis, a goofy guy with a crooked smile and sweet as a golden retriever, said he was inspired to put on the cape and tights because of his uncanny resemblance to Christopher Reeve, cinema’s most famous Superman. Some days he could make a bundle posing for photos; others, not so much. It was a rough life. HuffPost says that Dennis was once beaten with a golf club and robbed of his money and his Superman garb. He resorted to panhandling and drugs. Super drag.

Thirteen years after palling around with Superman, I frankly don’t remember fine details, just that we had a blast. Below is Dennis at the film festival, posing with Shannon and actor Paul Rudd, who’s now himself a screen superhero as Ant-Man. (Why is Shannon gasping? Rudd decided to grab her butt at exactly the right second. Superman looks on, wondering if he should save her. Nah.) 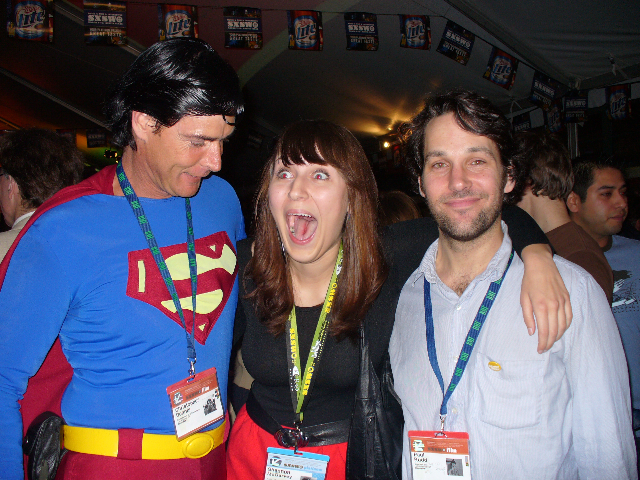