As noted earlier, I’m deliberating my next journey, and, because I went large last year, I’m thinking small this year. Which means I might go to Chicago, a 2.5-hour flight away. And which means, more importantly, the International Museum of Surgical Science, a less squishy warehouse of medical wonders than the two above, but still a marvelous assemblage of stuff that spurs contemplation about our mortal flesh and all that can go wrong with it via disease, accident and sheer shitty luck.

Highlights include a vintage iron lung machine (can I climb inside?), an exhibit about pain and anesthesia through the ages and one about the history of wound healing (“From the use of herbal ointments and therapeutic clays among prehistoric hunter-gatherers to Galen’s treatment of injured gladiators in Ancient Rome, the care of wounds is among the earliest applications of medicine”), and the museum structure itself, an elegant, historic lakeside mansion. And who could pass up the exhibit “A History of Blood Transfusion: 350 Years of Apparatus Advancement”?

Reviewers note that the four-story manse is compact and, naturally, its array of freakish displays is no match for Philly’s world-class Mutter. Small is all right; I enjoy a good bite-size museum, especially one of such narrow scope. Sort of like the Russian Vodka Museum or Tokyo’s Meguro Parasitological Museum.

For more grim exhilarations, I pivoted my research to Chicago cemeteries — I’m always up for a calming stroll through deathly opulence — but decided to skip the offerings. Several notable cemeteries pock the area, boasting the resting holes of everyone from Al Capone to Jesse Owens, Emmett Till to John Belushi, Gene Siskel to John Hughes. I sought out film critic Roger Ebert’s grave, but he was cremated and his ashes are kept by a private party, most likely his lovely widow Chaz.

We should all be so lucky. Cremation is the way to go, although I don’t want my cremains kept by anyone but the wind and the water -— whoosh. Thoughts like these will surely visit me at the Surgical Science Museum, a place rife with death and decrepitude. But they won’t get me down. They’re wondrous in their way and, far from depressing, something of a mind-reeling, soul-stirring tonic for the living. 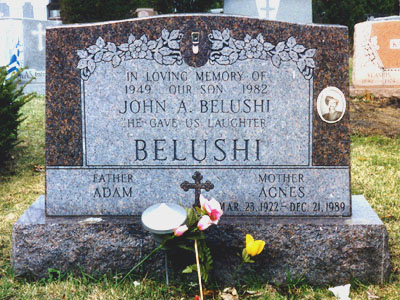