I can’t do Jane Austen’s “Pride and Prejudice.” I’ve tried to read it three times, and each time, at around page 20, I crinkle my nose, toss my head back, issue a fluttering sigh, then slap the book shut. Slap.

Pinched and prissy, the prose is like flossy streamers of chirp and chatter, candied and precious and irritating. I can’t comment much further since I haven’t cut a very long swath through the novel, which turned 204 this year. That’s endurance: Readers still love this book, along with other unimpeachable Austen classics, from “Persuasion” to “Emma.” She retains the mantle of literary goddess, and to cross her is blasphemy. 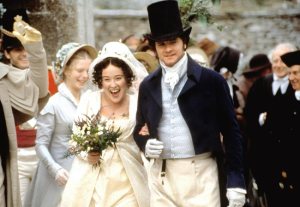 I’m not buying it. Neither are a lot of other readers, individuals far more distinguished than me. Charlotte Brontë, Emerson, Woolf, Mark Twain, Stephen King and Lee Child are but a few with allergies to those charming Austen tropes of money-lust, snobby class divisions, giggling and gossip, society fetes, courting and coupling, husband-hunting and, of course, life’s gilded apotheosis, heavenly nuptials.

“The one problem in the mind of (Austen),” wrote Emerson, “is marriageableness. All that interests any character introduced is: Has he or she the money to marry with, and conditions, conforming? … Never was life so narrow … Suicide is more respectable.”

I know more than I let on about Austen’s work, via literature, criticism and film. What grates is a little of the “Downton Abbey”-syndrome inflicting her work and her world, the unctuous materialism, the superficial scope of humanity, the tea-sipping, pursed-lip superciliousness. Henry James dubbed Austen’s heroines “she-Philistines,” which will be called misogynistic, namely for an author whose work is so exhaustively feminist. (I’m torn on that one. Send comments with the subject line “Jerk.”)

I must be fair. My affection for 19th-century English literature is finite. This will reveal scandalous volumes about my taste for it: I cannot get through Dickens, despite valiant essays. I’ve cracked “A Tale of Two Cities” three times — fail. Both “Great Expectations” and “David Copperfield” parried my great expectations. His books are cluttered, fancy and fussy. Everything reads like a hyper, heightened children’s tale, which is why as a third-grader I so adored “A Christmas Carol.” (Donna Tartt’s cloying “The Goldfinch,” supposedly an adult novel, was so redolent of Dickens I had to put it down halfway through. My teeth hurt.) 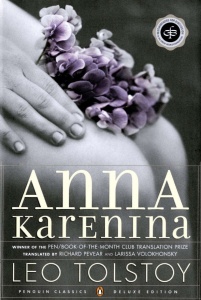 When it comes to 19th-century novels, I pledge fealty to Tolstoy’s “Anna Karenina,” Flaubert’s “Madame Bovary” and “Sentimental Education,” Dostoyevsky’s “Crime and Punishment,” Wilde’s “The Picture of Dorian Gray” and Twain’s “Adventures of Huckleberry Finn.” There are others, but not many. (Apologies “Moby Dick,” of which I’ve read two-thirds. Fail!)

Speaking of Twain, I allow him, king of the caustic and our satirical sire, to encapsulate my feelings about Austen and her most celebrated novel:

“I often want to criticize Jane Austen, but her books madden me so that I can’t conceal my frenzy from the reader; and therefore I have to stop every time I begin. Every time I read ‘Pride and Prejudice’ I want to dig her up and beat her over the skull with her own shin bone!”

But what is Twain saying? “Every time” he read “Pride and Prejudice”? He read it more than once, or did he just dip into it occasionally, glossing passages to confirm its unreadability, as I do whenever I pass it on the bookshop shelf?

I’m a humble hater. I am certain “Pride and Prejudice” spills forth with aesthetic virtues: bounding wit, robust guffaws, social acuity, perspicacious wisdom. I do believe that. But I am blind to it — blinded in those first excruciating pages by the twee, twittery and bogusly confected. Austen trafficked in realism. What an insufferable reality.