Before I travel, I prepare like a madman, and my outstanding trip to Amsterdam last week was no exception. One night, fueled by wide-eyed, butterfly-stomach pre-travel excitement, I purchased a few advance museum tickets online: the Rijksmuseum (all majesty and splendor), the Van Gogh Museum (strong, if a tiny bit disappointing) and, in a snap of psychosis or addled hastiness, an 18 € ($21.50) ticket for the Heineken Experience, billed as a “sensational interactive tour” set in the original Heineken brewery turned museum in Amsterdam’s city center.

The Heineken Experience was so massively lame, such an appalling and transparent marketing apparatus, that I was actually embarrassed to be there. You don’t go to be enlightened but to have “interesting” factoids about the Heineken family and the titular beer’s recipe recited to you by overexcited twenty-somethings wearing skinny headset microphones á la Beyoncé. If you have any idea how beer is made, the tour is old news.

I should have known better, that a beer tour that includes two and a half “complimentary” drinks would attract mostly frat boys, their sorority cohorts and Euro trash, all of whom seemed glazed with boredom by the broad and vacuous explanations of how hops, water, barley and yeast make beer, and didn’t even seem terribly impressed by the stable of eight black horses, the so-called famous Heineken horses that stood there looking equally bored, sad that they didn’t get to also imbibe the scrumptious brew.

When the informational part of the tour ends, the museum falls back hard on high-tech filler that you can’t believe, from a ride in which you become a beer bottle to laser-lighted basketball hoops; a room pumped with blaring electronic dance music and strafed with green (the brand color) lasers, to a large photo-booth room where people sit on stationary Heineken bicycles while street scenes of Paris are projected on back-screens, so it looks like you’re pedaling through the French capital. Imagine that! People were having a good old time on those bikes, smiling at their own images as if they really believed they were in Paris. And they hadn’t even drank yet.

By then I was practically jogging to the final room, the bar pouring “free” beer. I sipped my beers with the faintest scowl, while trying to pretend I wasn’t altogether repulsed. My fellow chumps were laughing, taking endless selfies, shaking to the music, which veered from nauseating EDM to friendly pop rock.

All I could think was: There isn’t enough Heineken suds in this entire old brewery to numb me enough to believe this was a good idea. And then there was this: As in all museums you exit through the gift shop. But once you leave this emporium of baldly branded gear, guess what? You hit another gift shop, which is when I sighed to myself, Get me out of this Heineken hell. I felt violated, ripped off. Worse, those beers didn’t even give me a buzz. 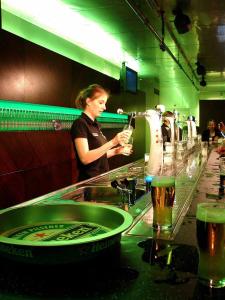 The antidote is to choose wisely. You can’t miss with the aforementioned Rijksmuseum (Rembrandts and Vermeers adorning a knockout space) and Van Gogh Museum (beautifully curated and suavely laid-out), plus the fine modern art collection at the underrated Stedelijk Museum, where everyone from Picasso to Damien Hirst are represented by canonical works. I’d gladly trade those 2½ beers for just one look at this ravishing blue doozy by Yves Klein at the Stedelijk: 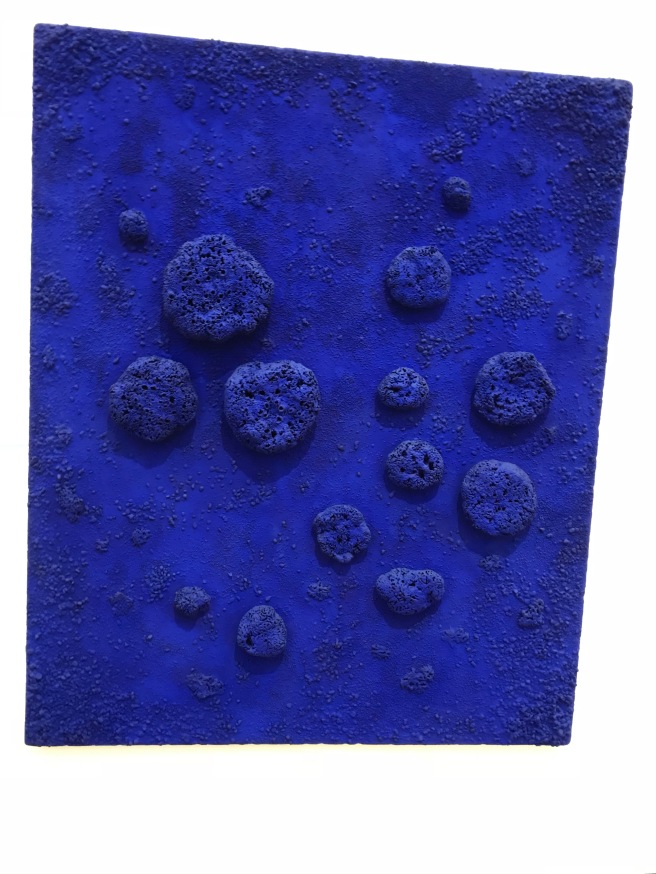 2 thoughts on “Heineken’s museum of Hell”