The damn summer is nearing its damn end and I still have at least two books I want to finish before autumn (dear, dear autumn) introduces its cool, dry resplendence. I will tackle Jamie Quatro’s debut novel “Fire Sermon” and Nick Drnaso’s ballyhooed “Sabrina,” the first graphic novel to make the Man Booker Prize longlist.

It’s been a fine summer reading-wise, with lots of pleasantly prickly fiction. I’m noting the best books I’ve read during the moist months so far. (Some of these blurbs, where noted, are recycled from prior blogs, but you won’t remember anyway.) 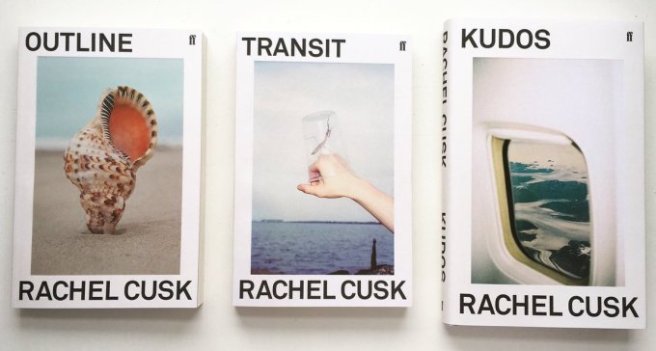 Rachel Cusk’s extraordinary Outline trilogy, starting with “Outline” in 2015 and concluding with “Kudos” this year, presents a minimalism that feels maximalist, a headlong plunge into the rather circumscribed but deeply philosophical world of a single female protagonist who’s on a first-person journey amidst many places and people, and it’s cerebrally and queerly enthralling. Restless and ruminative, each book is short, about 250 pages, and you can start with any of them. (I think “Kudos” is my favorite.) 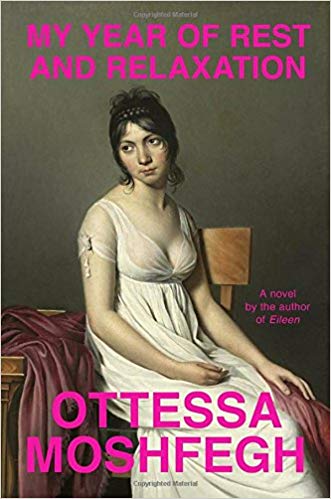 A beautiful, privileged young woman is determined to hibernate from life via shelves of pills and pharmaceuticals, and we don’t quite know why. It is the cusp of 9/11 and the only people in her life are a mean sometime-boyfriend, a sort-of best friend and the indifferent fellows at the corner bodega. She’s a wreck, in cryptic self-exile. This wiggy, sometimes wayward study in alienation is at once comical, unnerving, depressing and iridescent. Yet, as good as it is, it’s not as fine as Moshfegh’s … 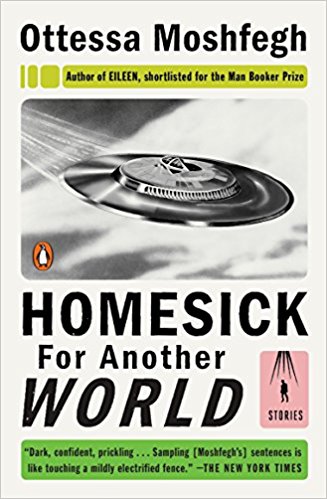 She types with talons, and it’s beautifully thorny, particularly in these indelible tales. As noted in a previous post: “Moshfegh’s stories are spare and wicked, laced with a perfect pinch of transgression, enough to fill an eye-dropper. They are comic and you laugh, but there’s dried blood in them.” I’d read them again in a (skipped) heartbeat. 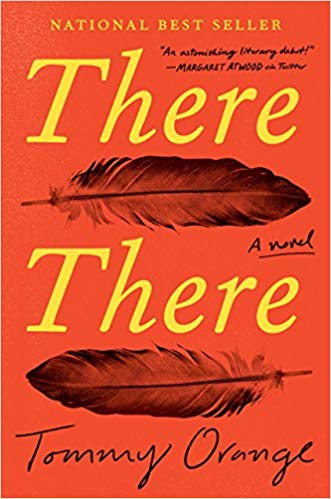 I again quote a previous blog post: “This smashing debut by Tommy Orange is a novel of ambient beauty as well as a penetrating portal into urban Native American culture. It’s a world at once broken, squalid and, by the skin of its teeth, empowered. The writing swings, crackling with observational fire.” Look out for this one to sweep some prizes. 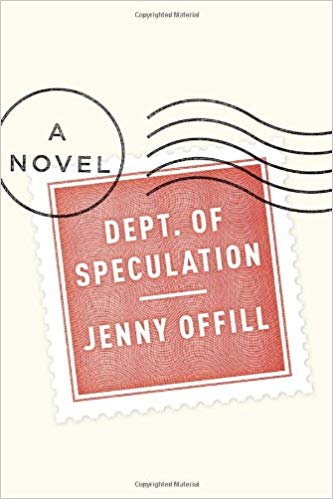 A funny, wry and almost gnomic novel about love, marriage (and its dissolution) and raising an inquisitive daughter in Brooklyn. So singular, it’s hard to describe, this brief, breezy book is rife with wisdom, borrowed (the Stoics to Kafka) and original. It’s a pure delight, a glittery gem, in which epiphanies and head-nodding observations abound. It seems to introduce a new fiction form, and it’s a sort of masterpiece. 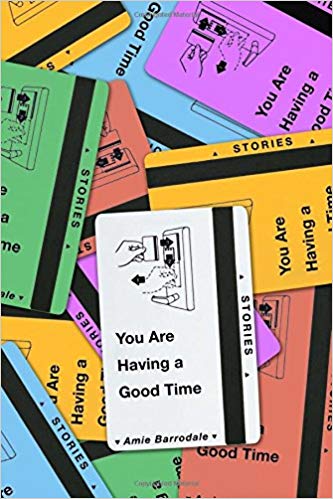 Again, from a prior blog post: “Amie Barrodale’s ‘You Are Having a Good Time’ is a gratifying off-kilter kick, a spasm of spare, elusive, funny tales that are touched by mystery, an alluring unknowability. With cavalier irreverence, she throws a strobe-light on aberrant facets of the human condition.” A rare find, a dissonant joy.